The 6th International Congress on Lung Cancer and COPD was organized on November 20-21, 2019 at Berlin, Germany. The conference was marked with the attendance of Editorial Board Members of supported Allied Academies Journals, Scientists, young and brilliant researchers, business delegates and talented student communities representing more than 15 countries, who made this conference fruitful and productive.

This conference was based on the theme “Novel Insights and Advanced Research on Lung Cancer and COPD” which included the following scientific tracks:

Lung Cancer and COPD Congress 2019 was moderated by Anatoly Verenchikov (Montenegro) on the first day.

We are grateful to our Organizing Committee Members for their generous support and suggestions for the conference.

The conference proceeded through various Scientific Sessions and plenary lectures, of which the following topic was highlighted:

Allied Academies has taken the grand privilege of felicitating Lung Cancer and COPD Congress 2019 Organizing Committee, Editorial Board Members and Keynote Speakers who supported for the success of this event.

The esteemed guests, Keynote speakers, well-known researchers and delegates shared their innovative research and vast experience through their presentations at the podium of Lung Cancer and COPD Congress 2019. We are glad to inform that all accepted abstracts for the conference be published in the Journal of Pulmonology and Clinical Research as a special issue.

With the unique and positive feedback from the conference, Allied Academies would like to announce the commencement of the "7th International Conference on COPD and Lung Health" which is being organized during June 11-12, 2020 at Valencia, Spain.

The 6th International Conference on Lung cancer and COPD is the world’s largest educational and scientific conference, dedicated to lung cancer and pulmonary diseases hosted on November 20-21 2019 Berlin, Germany. The congress summarizes the recent developments and advancements in lung cancer, COPD and pulmonary diseases research. The attendees of the conference include Medical Oncologists, Pulmonologists, Epidemiologists, Surgeons, Pathologists, Research Scientists, Respiratory Physicians, Health Care Professionals and representatives from the academic and industrial experts.

Why to attend Lung Cancer and COPD Congress 2019?

Lung Cancer and COPD Congress 2019 provides a golden opportunity to meet the leading national and international speakers who will discuss the latest advancements in Lung cancer treatment, COPD, Pulmonary Diseases worldwide. COPD Conference 2019 unites individuals or eminent personalities from all over the world, who share a common discipline in lung diseases research. This conference is a collaborative event for the researchers from both business and academia background and offers current and recent information on the management of lung cancer, as well as the possible therapies and strategies to shape the future of lung cancer and COPD research. We encourage physicians, nurses, researchers and scientists as well as patients in the lung cancer field and those interested in attending to this Conference. It is only through an exchange of the widest variety of research we can offer the best program and benefits to our members and patients.

The length of the abstract must not exceed 300 words.

The title should be in sentence case.

Should write name of the author and co-authors (if any).

Short biography of the author (limited to 100 words).

They must be submitted before the deadlines.

All the abstracts will be reviewed by the committee and you will get an email within 24-48 hours after submission of your abstract.

All the accepted abstracts will be published in the conference proceeding books.

Cancerous tumour is a group of cancer cells that can grow into and destroy nearby tissue and can spread to other parts of the body. When cancer starts in lung cells, it is called as primary lung cancer. Cells in the lungs sometimes change and no longer grow or behave normally. These changes may lead to non-cancerous tumours such as hamartoma and papilloma.

There are two stages in small cell lung cancer. They are limited stage and extensive stage. Whereas non-small cell lung cancer is divided into four different stages depending upon the tumour size and location, number of nearby lymph nodes that have involved and how far the cancer has spread.

Chronic obstructive pulmonary disease is a chronic inflammatory lung disease that causes obstructed airflow from the lungs. It mainly affects middle-aged or older adults who smoke.it is not contagious. The breathing problems gradually worsen over time and can limit normal activities, particularly if smoking exposure continues increasing breathlessness.

Surgical oncology is the branch of surgery applied to cancer; it focuses on the surgical management of tumours, especially cancerous tumours. As one of several modalities in the management of cancer, the specialty of surgical oncology, before modern medicine the only cancer treatment with a chance of success, has evolved in steps similar to medical oncology (pharmacotherapy for cancer), which grew out of haematology, and radiation oncology, which grew out of radiology. The proliferation of cancer centres will continue to popularize the field, as will developments in minimally invasive techniques, palliative surgery, and neo-adjuvant treatments. Radiation oncology is one of the three primary specialties, the other two being surgical and medical oncology, involved in the treatment of cancer. A Radiation Oncologist is a specialist physician who uses ionizing radiation (such as megavoltage X-rays or radionuclides) in the treatment of cancer. Brachytherapy is an advanced cancer treatment. Radioactive seeds or sources are placed in or near a tumour itself, giving a high radiation dose to a tumour while reducing the radiation exposure in the surrounding healthy tissues. External beam therapy (EBT), also called external radiation therapy, is a method for delivering a beam or several beams of high-energy x-rays to a patient's tumour. Intraoperative radiation therapy or IORT is the application of therapeutic levels of radiation to the tumour bed while the area is exposed during surgery.

COPD, like other chronic disorders, has been associated with comorbidities that increase in number and severity with age. Comorbidities increase the risk for exacerbations and increase the risk of mortality. Over 80% of patients with COPD were estimated to have at least one comorbid chronic condition. Comorbidities like diabetes mellitus, cardiac disease, osteoporosis, hypertension, cachexia, sleep disturbance, and psychological disorders are commonly reported in patients with chronic obstructive pulmonary disease (COPD). Tobacco smoking is main risk factor for many of these comorbidities as well as for COPD.

Chronic obstructive pulmonary disease is responsible for early mortality, high death rates and significant cost to health systems. The projection for 2020 indicates that COPD will be the third leading cause of death in the world.  Active smoking remains the main risk factor, but other factors such as occupational factors, infections and the role of air pollution also play a major role. Prevalence of COPD varies according to the country, age and sex. The major challenge in the coming years will be to prevent onset of smoking along with early detection of the disease in the population. An estimated 328 million people have COPD worldwide and in 15 years, COPD is expected to become the leading cause of death worldwide.

Drug-treatment trials have allowed useful advances to be made in the treatment and diagnosis of chronic obstructive pulmonary disease (COPD). The two main clinical trial designs are randomized controlled trials (RCTs) and observational studies.  RCTs are generally considered to provide more robust evidence than that obtained from observational studies. However, well-designed comparator controlled RCTs, although successful, have been shown to have some limitations, such as a lack of generalizability. Observational studies can generate valuable data.
COPD Conferences | Conferences on Lung Cancer | Cancer Conferences | Meetings on Pulmonary Diseases | Oncology Conferences | Congress on COPD | COPD| Lung Diseases | Cancer | Cancer Meetings

Cancer is caused when cells within the body accumulate genetic mutations and start to grow in an uncontrolled manner. Understanding how cancer develops and progresses, including how gene mutations drive the growth and spread of cancer cells, and how tumors interact with their surrounding environment, is vital for the discovery of new targeted cancer treatments.

Increasing prevalence of respiratory diseases owing to the growing aging population and increasing pathogens in the environment has been the key factor driving the asthma and chronic obstructive pulmonary disease (COPD) market globally. Worldwide US continent is the largest market for COPD. A recent market assessment study shows that COPD is the major cause of death, whose prevalence is on the rise and is predicted to be the third leading cause of death globally by 2030. Increase in commonness of COPD, increment in the geriatric populace and development of the pharmaceutical business are foreseen to fuel the development of COPD treatment market in Asia Pacific. 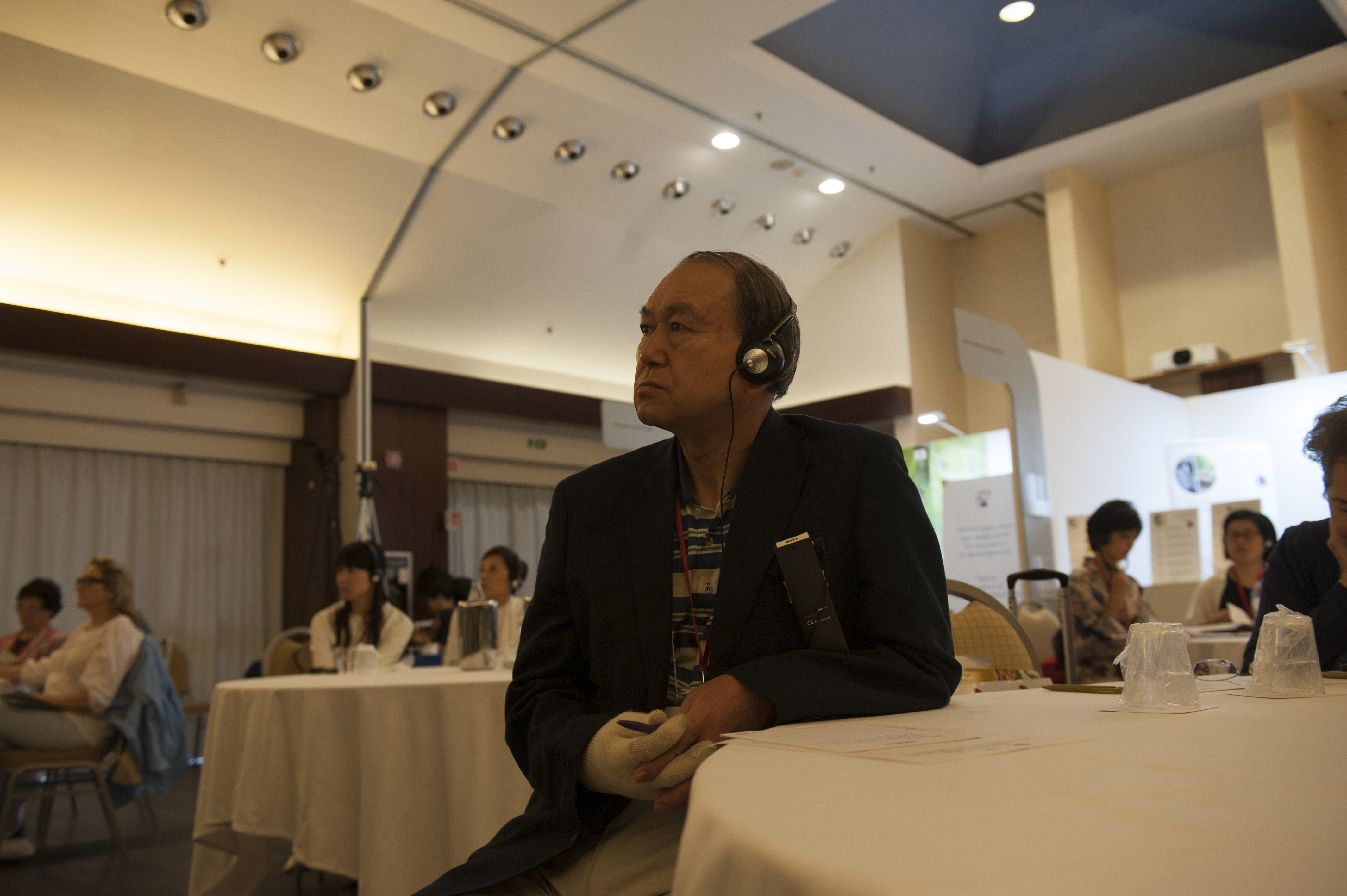 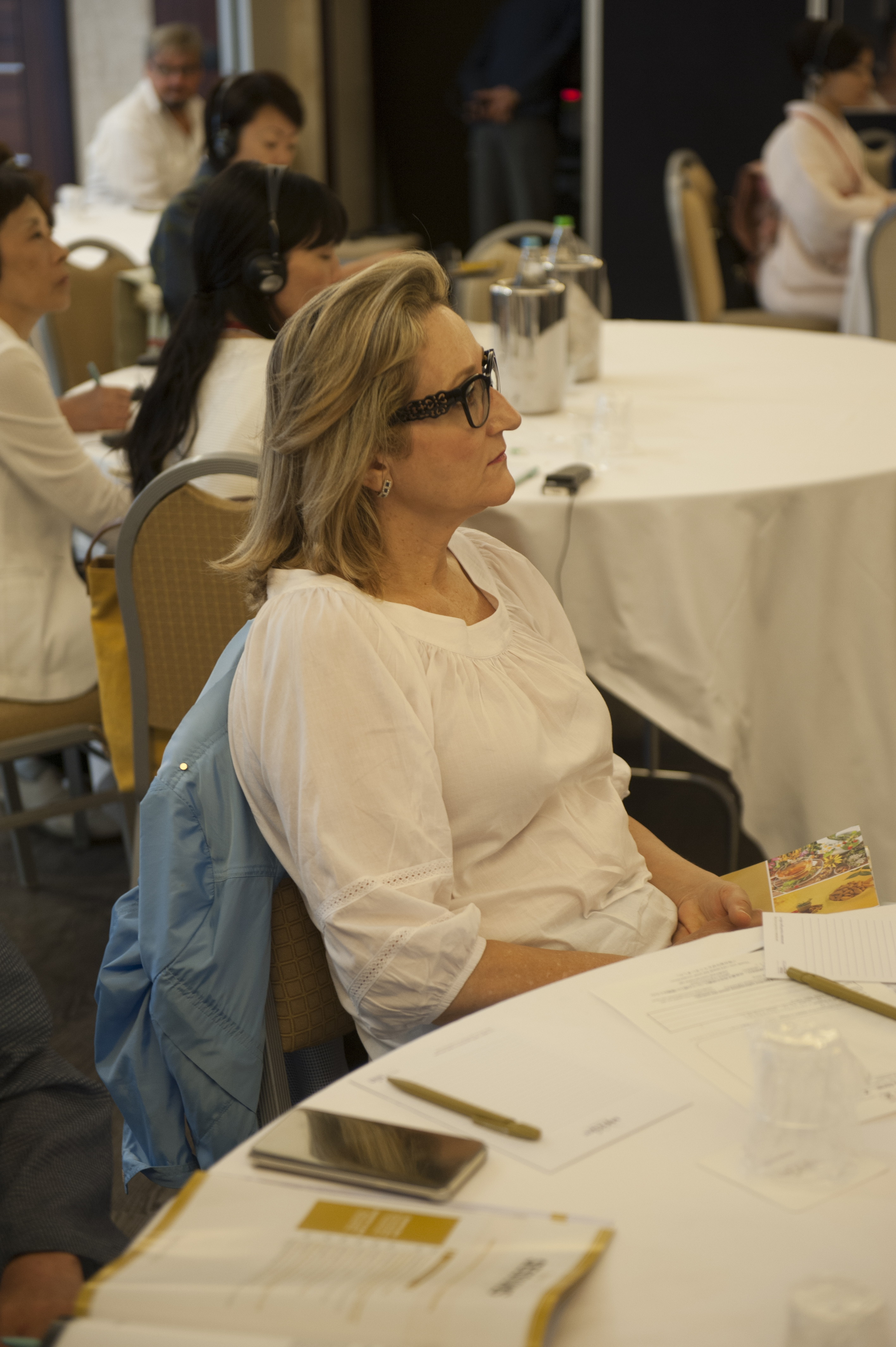 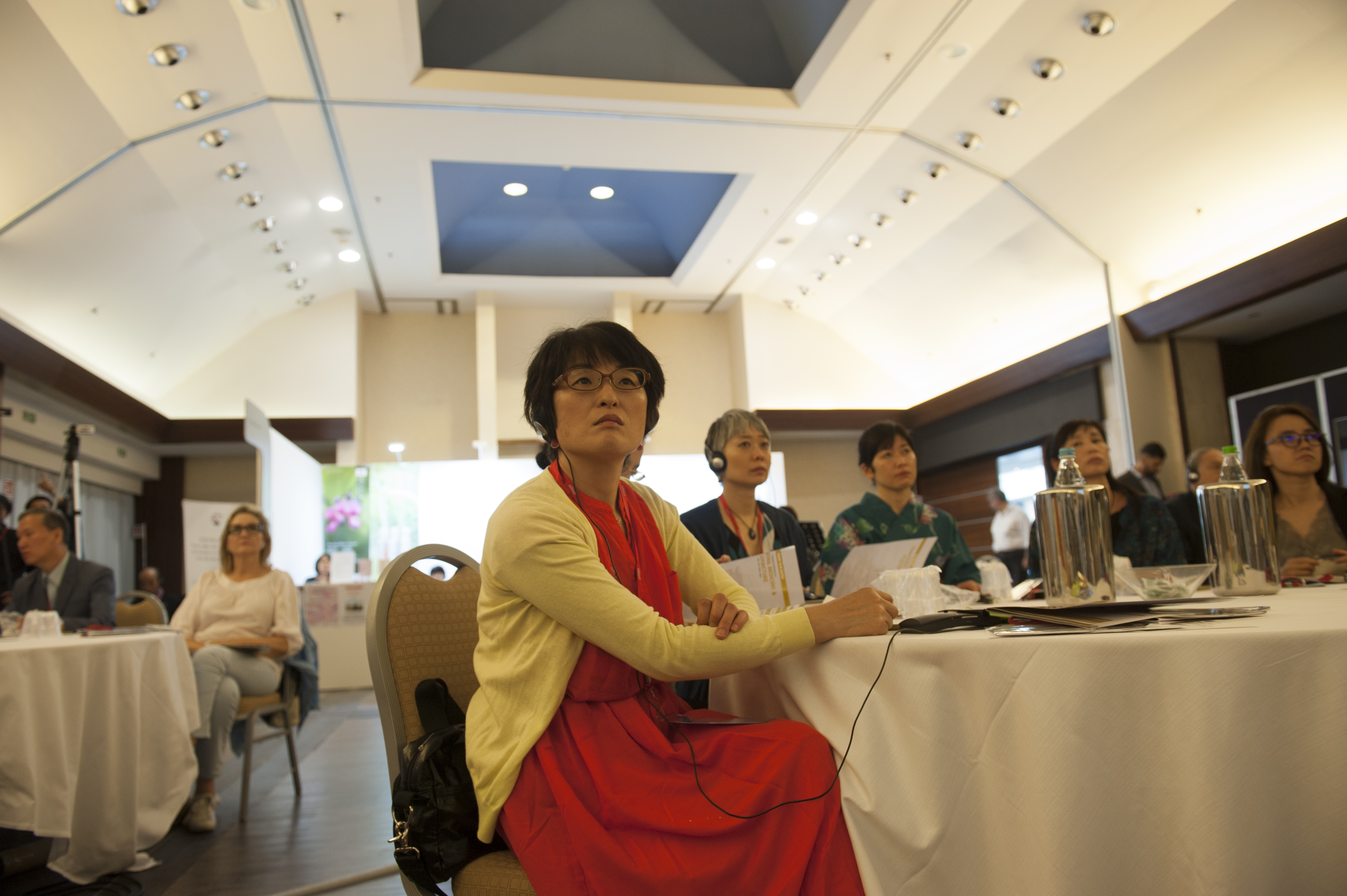 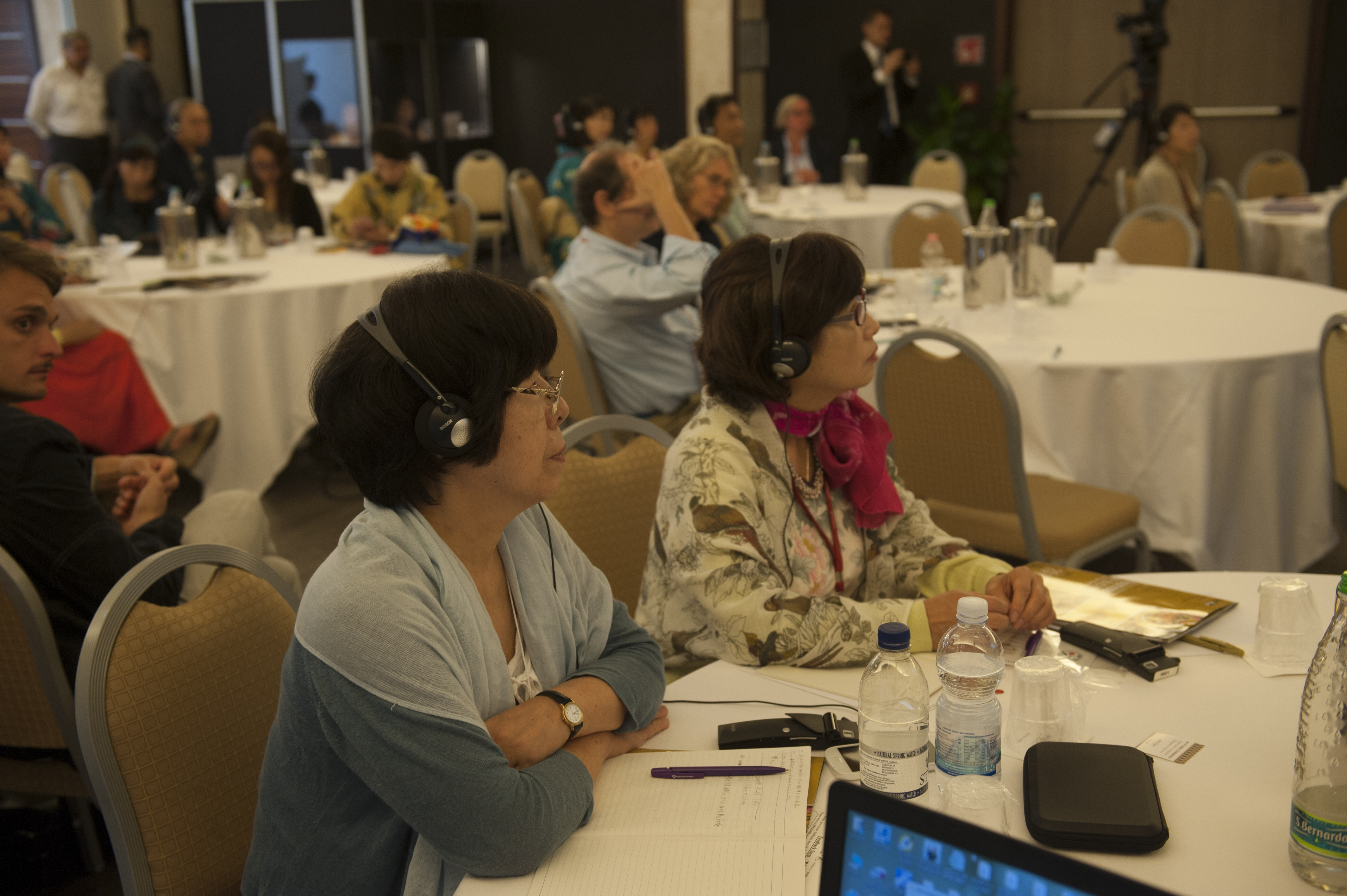 Research and Reports in Pulmonology

Journal of Cancer Immunology and Therapy

Journal of Pulmonology and Clinical Research
‹ ›
Special Issues
All accepted abstracts will be published in respective Allied Academies Journals.
Abstracts will be provided with Digital Object Identifier by

Be a member and support us

Delegates are personally responsible for their belongings at the venue. The Organizers will not be held responsible for any stolen or missing items belonging to Delegates, Speakers or Attendees; due to any reason whatsoever.

Registration fees do not include insurance of any kind.

Please note that any (or) all transportation and parking is the responsibility of the registrant.

Press permission must be obtained from Allied Academies Conferences Organizing Committee prior to the event. The press will not quote speakers or delegates unless they have obtained their approval in writing. The Allied Academies Ltd is an objective third-party nonprofit organization. This conference is not associated with any commercial meeting company.

Regarding refunds, all bank charges will be for the registrants account.

Cancellation, Postponement and Transfer of Registration

All cancellations or modifications of registration must be made in writing to finance@alliedacademies.com

If Allied Academies Group postpones an event for any reason and you are unable or unwilling to attend on rescheduled dates, you will receive a credit for 100% of the registration fee paid. You may use this credit for another Allied Academies Ltd event which must occur within one year from the date of postponement.

All fully paid registrations are transferable to other persons from the same organization if the registered person is unable to attend the event. Transfers must be made by the registered person in writing to finance@alliedacademies.com
. Details must be included the full name of replacement person, their title, contact phone number and email address. All other registration details will be assigned to the new person unless otherwise specified.

Registration can be transferred to one conference to another conference of Allied Academies Ltd if the person is unable to attend one of the conferences.

However, Registration cannot be transferred if it is intimated within 14 days of the respective conference.

The transferred registrations will not be eligible for Refund.

Keeping in view of increased security measures, we would like to request all the participants to apply for Visa as soon as possible.

Allied Academies Ltd will not directly contact embassies and consulates on behalf of visa applicants. All delegates or invitees should apply for Business Visa only.

Important note for failed visa applications: Visa issues cannot come under the consideration of cancellation policy of Allied Academies Ltd, including the inability to obtain a visa.

If the registrant is unable to attend and is not able to transfer his/her participation to another person or event, then the following refund arrangements apply:

Keeping in view of advance payments towards Venue, Printing, Shipping, Hotels and other overheads, we had to keep Refund Policy is as following slabs-